Pei Wei Asian Kitchen is working on ways to expand its fresh, clean-label positioning against Asian segment Goliath Panda Express, including some new additions to its customizable menu offerings that include vegetable noodles, cauliflower rice and Japanese-inspired bento boxes.

“When you are No. 2, you take aim at the No. 1,” said Brandon Solano, Pei Wei’s chief marketing and digital officer, in an interview Tuesday. “Sometimes you do it with direct consumer communication, and sometimes you do it indirectly.” 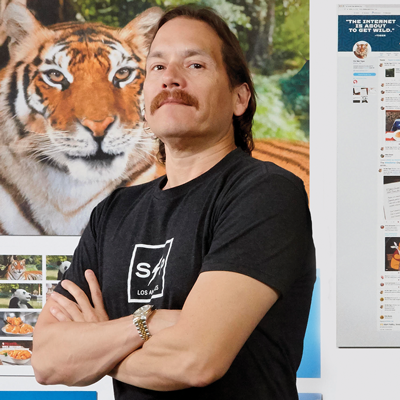 The Irving, Texas-based Pei Wei, a subsidiary of Scottsdale, Ariz.-based Wok Parent LLC and sister brand to casual-dining P.F. Chang’s China Bistro Inc. has ramped up its swipes at Panda Express through social media recently with its @PeiWei_Tiger Twitter account, where it claimed to reveal a long list of ingredients in Panda Express’ signature orange chicken, adding: “You have the right to know what you’re being served.”

The chain has also launched an online petition of Food and Drug Administration for greater restaurant ingredient transparency.

A Panda Express spokesperson issued a statement from the company.

“We have a practice of elevating our offerings and complementing our signature classics with more health-forward choices, such as continuing to build on our Wok Smart menu, removing trans-fat in our dishes and providing nutritional information,” the company said. “When a guest calls, we take the time to discuss allergens and nutritionals, as well as the full ingredient list upon request. We believe that a strong food philosophy rooted in transparency and care is an important part of our vision for American Chinese cuisine.”

The company said it would be “sharing the full ingredient list for our core dishes on pandaexpress.com in the next year.”

Meanwhile, Pei Wei has launched its own clean-label initiative for minimal preservatives and additives in its ingredients and is testing ways to accentuate the 174-unit brand’s customizable menu.

“Pei Wei has the advantage that our brand equity can carry this fresh, vegetable-forward, clean-label trend in a way that Panda can’t.”

Pei Wei said the company is “very optimistic” about those tests along with bento boxes, which Solano said meets a need for variety as well as being “a fantastic high-end execution of a traditional Japanese offering.”

“All three are on trend with consumers,” he said, and especially appeal to female Millennials. Pei Wei’s average check, which includes about one and a half customers, is $18, Solano said, and about 45 percent of Pei Wei’s sales are for off-premise consumption. Much of that is consumer to-go sales, but the company also offers third-party Doordash delivery through Olo Dispatch. 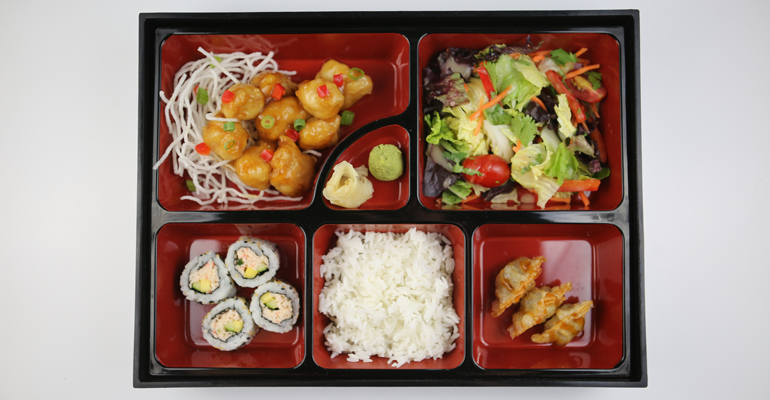 Solano said the fast-casual brand is committed to providing information on its ingredients through The Wei Forward, a clean-label initiative.

“One of the things that popped: Consumers really wanted to know what was in their food,” he said. “There frankly is a lot of ‘health-washing’ out there, people pretending to be fresh and they really are just fooling consumers. Consumers are getting smarter every day. We should give them credit for their food IQ.”

Pei Wei has used consultants to provide its menu information.

“We have to use a consultant. We don’t have in-house folks who do that. There is a resource constraint for us a little bit,” he said. “Asian food also has complicated taste profiles with a lot of ingredients and lots of sources for ingredients. With a hamburger, you have the beef, bun and condiments. We end up with coconut milk and fresh lemongrass and a wide range and number of ingredients. It’s more of a challenge for complex foods.”

Solano said he is seeing similar menu-transparency initiatives among other restaurant companies, including big 2,000-unit brands like St. Louis, Mo.-based Panera Bread Co., which was acquired in 2017 by JAB Holding Co., and smaller chains such as 40-unit Denver-based Modern Market, which was acquired in February by Butterfly, a Los Angeles-based private-equity firm. 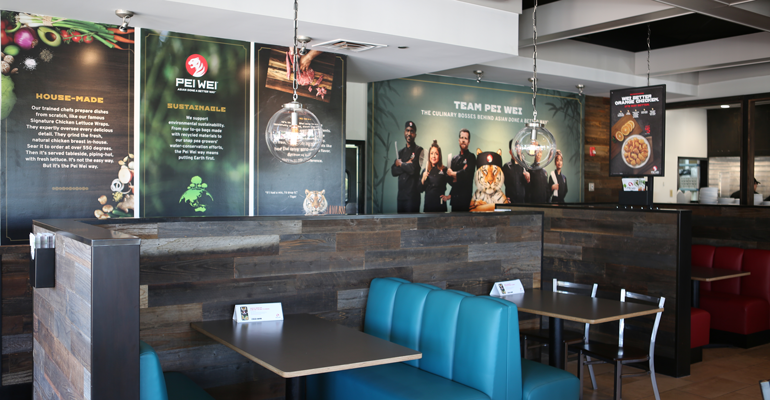 “We think the time has come for restaurants to stop hiding what they’re putting in the food they sell,” said J. Hedrick, Pei Wei CEO, in a statement. “After all, the packaged foods we buy in the grocery store have ingredient labels. Why shouldn’t restaurants provide the same information?”

Rosemead, Calif.-based Panda Restaurant Group Inc.’s restaurants, which ranked No. 24 in the 2018 Nation’s Restaurant News Top 100 chains with an estimated $3.1 billion in U.S. systemwide sales for fiscal 2017 and more than 2,000 units. It is the largest limited-service Asian chain by a wide margin.

Pei Wei and P.F. Chang’s were taken private in July 2012 in an acquisition by Centerbridge Partners L.P., a New York-based private-equity firm. Centerbridge has been exploring a sale of P.F. Chang’s, which is still based in Scottsdale, since the summer.

Any cookies that may not be particularly necessary for the website to function and is used specifically to collect user personal data via analytics, ads, other embedded contents are termed as non-necessary cookies. It is mandatory to procure user consent prior to running these cookies on your website.